Mirror, mirror on the wall: Who’s the baddest of them all?

The answer, of course, is the VKs. Disney Channel just gave fans their first look at Descendants 3, premiering in the summer of 2019. The promotional picture features Cameron Boyce as Carlos (son of Cruella de Vil), Sofia Carson as Evie (daughter of the Evil Queen), Dove Cameronas Mal (daughter of Maleficent) and Booboo Stewart as Jay (son of Jafar) in colorful new costumes. Kara Saun, of Project Runway fame, created the looks for the fearsome foursome. Kenny Ortega is back in the director’s chair, after helming the first two films in 2015 and 2017. 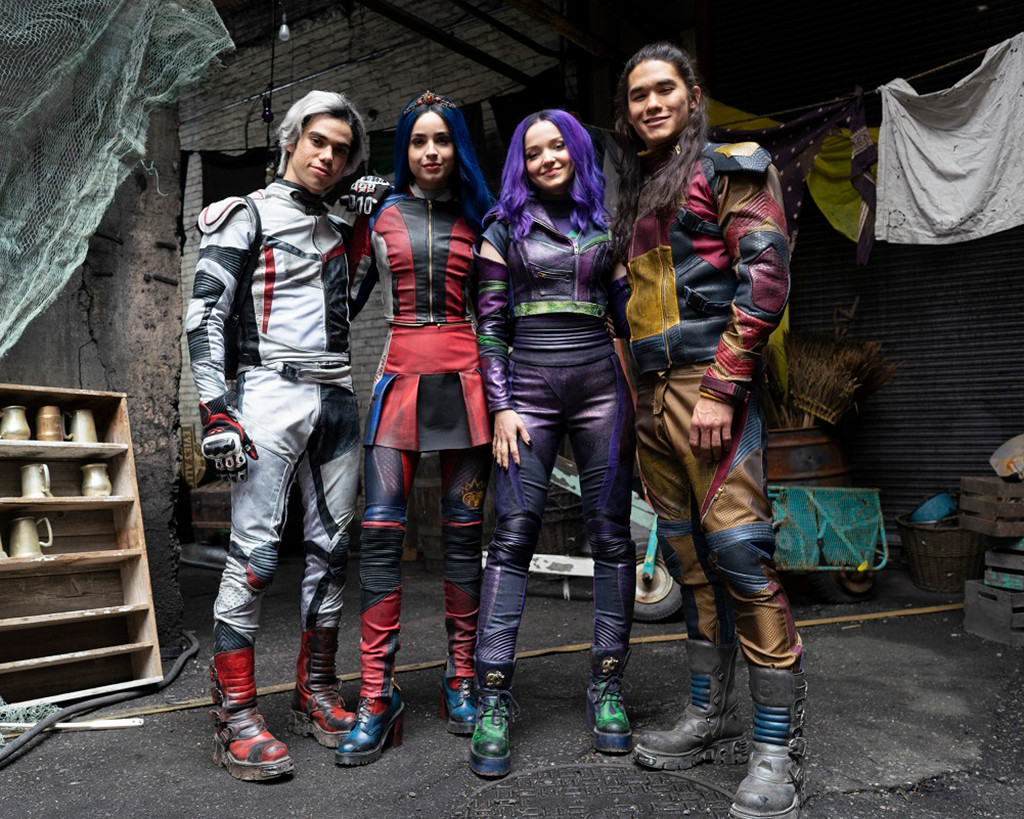